Might and Magic Heroes Online is the first pure online game that delivers a vast and real Might & Magic Heroes (former “Heroes of Might and Magic”) experience natively in the browser. It is currently under development by Related Designs and will be published by Ubisoft in the coming months. Get am impression of the game in this early ingame trailer:

As part of their design team I had responsibility over several features in the game, primarily the random artefact creation design and the loot distribution throughout the game. The game uses a quite complex randomized system when creating and distribution equipment to the players, may it be via battle rewards or traders. I also took the chance to write my bachelor thesis on another feature i showed responsible for. It can be collapsed under the terms “signs & feedback”. All elements whose primary purpose is to feedback the palyer on certain actions or give him further details on demand like tooltips or mouse cursor icons fall into this category. 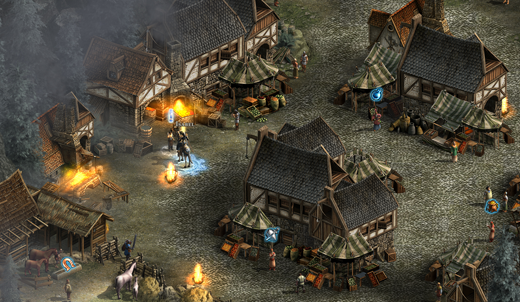 Since the game has not been released yet, you may sign up for the beta on the official homepage of the game in order to enjoy it. It will be a free-to-play title.

A strategic roleplaying game set in the Might & Magic Heroes universe.